Recovery for Our Clients
Let Us Fight to Get You Maximum Compensation. Our personal injury attorneys represent people who have been hurt by the negligent and careless conditions of another person’s property. 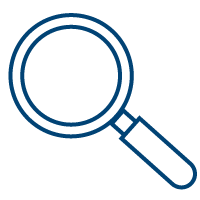 Mann Law Group is a full service personal injury law firm located in Los Angeles, California, offering clients a warm and welcoming environment along with individualized legal care. Our team prides itself in the constant communication and trust that we are able to build with our clients, and our firm offers an uninhibited experience where clients feel comfortable and relaxed discussing their legal matters and injuries.

Mann Law Group is a full service personal injury law firm located in Los Angeles, California, offering clients a warm and welcoming environment along with individualized legal care. Our team prides itself in the constant communication and trust that we are able to build with our clients, and our firm offers an uninhibited experience where clients feel comfortable and relaxed discussing their legal matters and injuries.

Our firm is honest and transparent every step of the way. We communicate thoroughly and efficiently to make sure you are up to date throughout the life of your case and utilize cost-effective methods that maximize results.

Our firm has a concrete reputation in the Southern California legal community and among our previous clients. We have retrieved millions of dollars for our accident victims and our team works hard to guarantee that each and every client is provided with the advice, encouragement, and guidance that their case requires and deserves.

Our firm focuses on what we do best, personal injury cases representing only plaintiffs. At Mann Law Group, an attorney is always accessible to our clients, and team members are always ready, willing and able to take your calls. We recognize that accidents are stressful, especially when there are serious injuries involved. Our litigation, arbitration, trial, mediation, and insurance claims comprehension and experience have provided our clients with a calculated and tactical advantage in their personal injury claims, which are sure to maximize results.

We strive to provide peace of mind on a personal level with our knowledge, skill, experts, resources, and reputation to proactively litigate and advocate that makes the pain easier to deal with.

Christopher Mandalian’s passion for law began long before he even began high school. Christopher grew up watching his father, a law firm case manager at the time, helping immigrants and accident victims through his position in the legal field. Since then, his passion for law and helping others through the use of his professional degree was born.

Christopher graduated from Loyola Law School, Los Angeles in 2018, where he served as a Innocence Project member, and spent his time assisting with the exoneration of wrongfully convicted individuals. He was additionally the Internal Social Chair for the Armenian Law Students Association. During his time attending Loyola Law School, Mr. Mandalian was employed as a law clerk with various firms, as he continued to gain valuable experience in the fields of immigration, appellate criminal defense, probate, estate and personal injury work. Before becoming a member of the California Bar, Christopher became a certified law clerk and a Lexis Certified Researcher, both of which afforded him the opportunity to advocate for clients in depositions and court hearings long before he became an attorney.

Prior to law school, Christopher attended the University of California, Los Angeles, where he received his Bachelor of Arts degree in English in 2014. As an undergraduate at UCLA, he volunteered with the UCLA Bruin Resource Center by offering personalized support and application preparation assistance to undocumented students. While attending UCLA, Mr. Mandalian was employed with several financial institutions, where he received training and gained skills from Fortune 500 Companies, all of which have contributed to his success as a proactive attorney.

Christopher was previously employed with a personal injury litigation law firm in Glendale, California, where he began his employment as a certified law clerk in his second year in law school. Upon passing the California Bar examination, he continued his employment with the firm’s trial team as an attorney, gaining further valuable experience in personal injury pre-litigation and litigation work. Within only months of becoming an attorney, Christopher conducted his first jury trial and successfully returned a plaintiff’s verdict in favor of his clients.

Mr. Mandalian actively engaged in fencing while attending high school and college, where he competed in domestic and international tournaments. When he is not spending his time aggressively advocating for his clients, Mr. Mandalian enjoys spending his free time with his friends and family. He is fluent in Armenian, and an active member of the Armenian and Los Angeles Bar Associations.

What Our Clients Say

Mann Law Group is the place to go! From the moment I walked into this firm, I was greeted with the sweetest employees and taken care of as if we were family. There are no words to explain how impressed I was with this firm. Christopher was professional, knowledgeable, and extremely caring! .
Sevana A.
Pasaden, CA

Mann Law Group is the place to go! From the moment I walked into this firm, I was greeted with the sweetest employees and taken care of as if we were family. There are no words to explain how impressed I was with this firm. Christopher was professional, knowledgeable, and extremely caring! There’s no point to research on a personal injury lawyer further, he’s your man, and will get the job done.
Sevana A.
Pasaden, CA 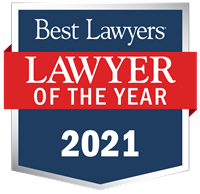 How much does a personal injury attorney services cost?

Why do you I need a lawyer after a car accident?

For every personal injury accident (including car accidents) a claim must usually be filed. Filing claims can be a very tedious process and are often hard to navigate. MANN Law Group is here to help you with this process. Our team of experts has over 30 years of experience navigating this process successfully. While we deal with the claims process, you can focus on recovering from your injuries due to your accident. Our lawyers and legal staff fight on your behalf to obtain the maximum compensation that you deserve. Having an attorney after a personal injury accident can also help you obtain a much larger settlement than if you attempted to file, and attempted to settle, a claim on your own. Learn more about the process of filing a claim and how our attorney can help you today.

It is necessary to hire a personal injury lawyer?

The personal injury claim process is a minefield for the inexperienced. Insurance companies, at least in theory, are supposed to oversee the process in an equitable manner, but they consistently put their interests before those of accident victims. Hiring Avrek Law Firm ensures that your needs come first.

Can I still get a consultation if I already have an attorney?

Yes! You are always entitled to a free, no-obligation consultation or second opinion on your case. If you are not happy with the attorney that represents you, or feel that the offer received by your attorney from the insurance company is not enough, call us so we can properly evaluate your claim.

How long do I have to get an attorney after my accident?

Each type of case has a statute of limitations, which means you only have a certain amount of time to file a claim. In California, the statute of limitations is only 2 years for auto accident claims. But don’t wait to call! Other statutes can be much shorter, and you may not realize that you have a different type of claim that applies to your accident!

What do accident lawyers do?

The personal injury lawyers at MANN Law Group can help someone who has sustained injuries from an accident in countless ways. We navigate the process of a claim, work with insurance companies on settling your claim, help you with your recovery process after your injury, and get you the maximum compensation that you deserve! That’s just a few of the many ways that MANN Law Group can help you. Learn more about how our team can assist you after being involved in an accident. We are here to help and would love to talk with you about your case.

Let Us Evaluate Your Case, No Charge.

Our attorneys have the skill and expertise to assess your situation, evaluate your case, and devise a strategy to protect your best interests. We can help you file a claim.
The evaluation is 100% Free & Confidential
Talk with an Attorney Today

Avoid saying anything to insurance company that might hurt your chance for compensation, GET A CONSULTATION WITH AN ATTORNEY TODAY!

Thank you!
Your submission has been received!
Oops! Something went wrong while submitting the form.

(818) 296-9399
The information on this website is for general information purposes only. Nothing on this site should be taken as legal advice for any individual case or situation.
© 2021 MANN Law Group. All Rights Reserved.